The end of another judicial era

With the retirement of Chief Justice Chan Sek Keong, another era in Singapore's judicial history ends.  Every CJ has left some indelible mark in our legal history and it has to be acknowledged that the outgoing CJ definitely left his. 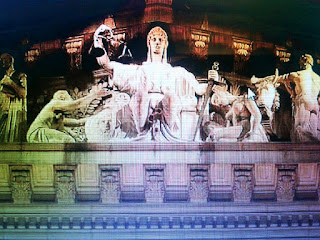 The accolade from the new Chief Justice Sundaresh Menon is as follows:


"We know him as a lawyer with a peerless love and devotion to the law. If law is the foundation of society and judges are its servants, then we know that the Chief is among its most ardent and loyal servants, passionately committed to doing justice in accordance with the law and seeking, like Dworkin's Hercules, to always get it right. I know that history will vindicate these assessments; but more than that, with the benefit of time, I believe history will judge the Chief as the greatest jurist this country has ever produced. And in time, we will each fully realise just how privileged we have been to have shared at least some part of that ride with him."


CJ Chan was reportedly described (by CJ Sundaresh Menon) as "a world-class jurist, with a clear and principled judicial philosophy and an unmatched grasp of the foundational principles that underlie the law." The Channelnewsasia article reporting his retirement and book launch is here: http://www.channelnewsasia.com/stories/singaporelocalnews/view/1235377/1/.html

I definitely appreciate the clarity and consistency found in the judgments of CJ Chan in comparison with his immediate predecessor.  In fact, a classic moment in our legal history was when CJ Yong (sitting as a single judge in the High Court) made a clear error of law in increasing a defendant's sentence beyond the maximum permitted under the law (PP v Gilbert Louis) and it was the then AG Chan Sek Keong that had to bring a Criminal Reference to the Court of Appeal against CJ Yong's decision in order to get the defendant's sentence reduced and to set the law right.  In my recollection, that stands out as CJ Chan's finest moment.  http://lwb.lawnet.com.sg/legal/lgl/rss/landmark/[2003]_SGCA_33.html


And, it is interesting that the other event that immediately crops up in my mind as his least noble moment was also when he was the AG.  In 1997, Goh Chok Tong, Dr Tony Tan and Lee Hsien Loong were within a polling station.  The Workers' Party had lodged a complaint against them for violations of the Parliamentary Elections Act.  No action was taken.    The following opinion of the Attorney General (Chan Sek Keong) was made available to the public by the then Law Minister:

1. On 14 July l997, THE Workers' Party issued a press release expressing "amazement" that the public prosecutor had advised police that no offence was disclosed in the reports made by it leaders against the prime minister, the two deputy prime ministers and Dr S Vasoo that they had been present inside polling stations when they were not candidates for the relevant constituencies. The Workers' Party queried why such conduct was not an offence under paragraph (d) or (e) of section 82(1) of the Parliamentary Elections Act.

2. On 15 July 1997, the Singapore Democratic Party also called on the attorney general to explain his "truly befuddling" decision and to state clearly if it was an offence for unauthorised persons to enter polling stations.

3. You have asked me for my formal opinion on the question raised in these two statements. My opinion is set out below.

4. The question is whether it is an offence under the Parliamentary Elections Act for an unauthorised person to enter and be present in a polling station.

5. For this purpose, the authorised persons are the candidates, the polling agent or agents of each candidate, the Returning Officer, and persons authorised in writing by the returning officer, the police officers on duty and other persons officially employed at the polling station; see section 39 (4) of the Act (quoted below)

6. The relevant sections of the Parliamentary Elections Act to be considered are sections 82 (1)(d) and 82 (1)(e). These provisions were enacted m 1959 pursuant to the Report of the Commission of Inquiry into Corrupt, Illegal or Undesirable Practices at Elections, Cmd 7 of 1968 (hereinafter called "the Elias Report)"

7. Section 82 (1)(d) provides that - "No person shall wait outside any polling station on polling day, except for the purpose of gaining entry to the polling station to cast his vote".

9. Section 82 (1)(e) provides that -
"No person shall loiter in any street or public place within a radius of 200 metres of any polling station on polling day."

13. There is no ambiguity in section 82 (1)(e). If the legislature had intended to make it an offence for unauthorised persons to wait or loiter inside a polling station, it could have easily provided for it. It did not. The mischief that section 82 (1)(e) is intended to address is found in paragraph 99 of the Elias Report. It reads:

14 . Paragraph 99 of the Elias Report appears under the heading "Activity OUTSIDE POLLING STATIONS". The Commission of Inquiry was addressing the possibility of voters being subject to undue influence and harassment as they approach the polling stations. There is therefore no doubt whatever that this provision was never intended to cover any activity inside the polling station as there would be officials and election agents in attendance.

15. The legislative history makes the provision so clear that it is not even necessary to consider the application of an established principle of interpretation that any ambiguity in a penal provision should, whenever possible, be resolved favour of the accused.

16 Activities inside polling stations were made subject to a different regime under the Act. Section 39(4) provides that -

"the presiding officer shall keep order in his station and shall regulate the number of voters to be admitted a time, and shall exclude all other persons except the polling agent or agents of each candidate, the Returning Officer and persons authorised in writing by the Returning Officer, the police officers on duty and other persons officially employed at the polling station."

18. There is a consistency in the rationales of the regulatory schemes governing activities inside and those outside polling stations on election day. Waiting outside a polling station is made an offence because it gives rise to opportunities to influence or intimidate voters: see paragraph 99 of the Elias Report. Hence, the Act has provided a safety zone which stretches outwards for 200 metres from the polling station. In contrast, the possibility of a person inside a polling station influencing or intimidating voters in the presence of the presiding officer and his officials, the polling agents etc was considered so remote that it was discounted by the Act.

20. You are at liberty to publish this opinion


I still remember reading this a long time ago in 1997.  I could imagine the PAP candidates dropping into the polling station using parachutes.  :-)

Anyway, when all in said and done, he has definitely had an impact on the bench.  Under the previous CJ, the concentration was on administrative efficiency.  It used to be next to impossible to get an acquittal.  With CJ Chan, there was a discernible difference.  Many criminal lawyers will vouch for the fact that CJ Chan brought about a significant attitudinal change in the criminal justice system.  At least, CJ Chan will be remembered as a legal technician and not a 'banker'.

In his first speech as the Chief Justice he said this:

It is therefore not surprising that Professor Michael Hor, who teaches criminal law and justice in the Law Faculty of the National University of Singapore, expects me “to re-focus on the law and its internal values – rather than on its management and measurement by external criteria – with an increased attention to the quality of decisions, a fine tuning of the balance between fairness and efficiency.”

My response to this expectation is: “Yes, the fearsome backlog of cases which was the driving force behind the relentless waves of court reforms has been eliminated more than 10 years ago.  Efficiency is vital in court administration but it should not be pursued to the point when it starts to yield diminishing returns in the dispensation of justice. The Judiciary must always give priority to upholding the fundamental values of the legal system, such as due process or procedural fairness, equal protection of the law, consistency and proportionality in sentencing, and rationality in decision-making.  We should now be confident enough to give greater emphasis to the basics of judicial decision-making without the recurrent fear of a resurgent backlog.”


Many practising lawyers saw in that speech the indication of a shift away from what used to be perceived as 'efficiency at the expense of justice' under the tenure of the previous CJ.

We shall remember him for his own infamous interpretation of our polling station laws that even the most layman in law in me cannot comprehend why such a learned person can do such a thing ?

From that moment on, I knew he would be CJ one day.

"And, it is interesting that ...his least noble moment was also when he was the AG...I could imagine the PAP candidates dropping into the polling station using parachutes."

From that moment on, I knew he would be CJ one day.

Well based on historical facts and precedent, the new AG has already laid the foundation for being the next CJ, thanks to Vellamma and Ravi. I am not a lawyer but sometimes I wonder if the judiciary does in fact protect the people from the executive. As they say, till it's proven beyond reasonable doubt I beg to differ.

Under his tenure as the AG, the most capital cases were prosecuted. He signed off on all of these prosecutions.With him as AG and Yong Pung How as CJ, the late 90s to mid 2000s saw the most number of convictions for capital cases and the most number of executions. Chan was a chameleon who went "with the flow" as AG and was rewarded as the CJ.Let us not diefy him as God's gift to the legal profession. Those who have worked with him know better.

Somehow.. i sense a whole lot of satire...