25th Anniversary of the Marxist Conspiracy: remembering a legal footnote 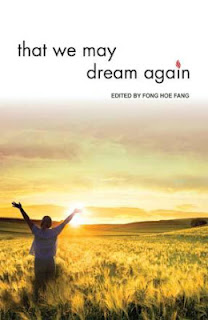 Chng Suan Tse v Minister for Home Affairs (1998) SLR 132
The case involved Operation Spectrum and the primary issue was over the court’s ability to review the Executive’s decision to detain under the Internal Security Act. It proved to be a landmark decision as the Court of Appeal chose to apply an objective test in assessing the discretion of the Executive instead of applying a purely subjective test as the courts had done in the past. Prior to this case, the position of the courts was to adopt a subjective approach as in the case of Lee Mau Seng v Minister for Home Affairs [1971] 2 MLJ 137.

What was the implication of the Chng Suan Tse decision? The Internal Security Act demands that the as a precondition to detention, the President be ‘satisfied’ as to certain matters. If the test was purely subjective as it was in Lee Mau Seng, there was little that a detainee could do to question the exercise of discretion. If the test was objective as propounded by the Court of Appeal in Chng Suan Tse, then it was possible for the court to assess at least whether objectively the President was ‘satisfied’.

The then Chief Justice, Wee Chong Jin stated in the judgment:
“In our view, the notion of a subjective or unfettered discretion is contrary to the rule of law. All power has legal limits and the rule of law demands that the courts should be able to examine the exercise of discretionary power. If therefore the executive in exercising its discretion under an Act of Parliament has exceeded the four corners within which Parliament has decided it can exercise its discretion, such an exercise of discretion would be ultra vires the Act and a court of law must be able to hold it to be so.”

“It must be clear therefore that the boundaries of the decisionmaker’s jurisdiction as conferred by an Act of Parliament is a question solely for the courts to decide. There is also, as counsel for the appellant has pointed out, no ouster clause in respect of s 8 or 10 of the ISA. Adopting the objective test in respect of ss 8 and 10 of the ISA would also be consistent with arts 9(2) and 93 of the Constitution. Further, it is, in our view, no answer to refer to accountability to Parliament as an alternative safeguard. As Lord Diplock put it in R v IRC, ex p National Federation of Self-Employed and Small Businesses Ltd [1982] AC 617 at p 644:
It is not, in my view, a sufficient answer to say that judicial review of the actions of officers or departments of central government is unnecessary because they are accountable to Parliament for the way in which they carry out their functions. They are accountable to Parliament for what they do so far as regards efficiency and policy, and of that Parliament is the only judge; they are responsible to a court of justice for the lawfulness of what they do, and of that the court is the only judge


The Court went on to rule that:

"the President’s satisfaction under s 8 of the ISA and the minister’s satisfaction under s 10 of the ISA are both reviewable by a court of law as:
(1) the subjective test adopted in Karam Singh [1969] 2 MLJ 129 and its progeny can no longer be supported and the objective test is applicable upon a judicial review of the exercise of these discretions; and
(2) although a court will not question the executive’s decision as to what national security requires, the court can examine whether the executive’s decision was in fact based on national security considerations; similarly, although the court will not question whether detention was necessary for the purpose specified in s 8(1), the courts can examine whether the matters relied on by the executive fall within the scope of those specified purposes"


Of course, the story did not end there. Parliament duly amended the Internal Security Act in 1989 to nullify the effect of this case in relation to detentions under the ISA. By virtue of s.8B, the law on judicial review with regard to the ISA detentions was brought back to the position in 1971 and by virtue of s.8D the legislative change was to have effect in relation to any proceedings whether commenced before or after the amendment.

Commencement provision.8D. Sections 8A and 8B shall apply to any proceedings instituted by way of judicial review of any decision made or act done under the provisions of this Act, whether such proceedings have been instituted before or after the commencement of the Internal Security (Amendment) Act 1989.
- Act 2/89wef30.1.89.
Posted by Subra at 11:47 pm