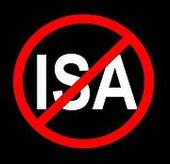 In Parliament on Monday, 15 October 2012, DPM Teo confirmed that he had a meeting with Archbishop Nicolas Chia on 30 May 2012.  There had been some speculation over the past few weeks as to whether the Home Ministry or the ISD had visited the Archbishop and exericsed their persuasive skills on the latter.

I have reproduced the Minister's answer to the Supplementary question in Parliament:


Response to Supplementary Question on Keeping Politics and Religion Separate

Response by Mr Teo Chee Hean, Deputy Prime Minister, Coordinating Minister for National Security & Minister for Home Affairs to Mr Hri Kumar’s supplementary question in Parliament (15 October 2012) on whether there a meeting between the DPM and the Archbishop of the Catholic Church Nicholas Chia regarding a letter that the Archbishop had written to the organisers of the F8 function at Speakers’ Corner on 2 Jun 2012.

Mr Speaker, Sir, I’ll be happy to do so. As I have explained in my earlier reply to Mr Laurence Lien, Government leaders meet religious leaders regularly to build mutual understanding and trust. I have met Archbishop Nicholas Chia from time to time over the years, and several times since I was appointed as the Minister for Home Affairs last May.

2. Last year, I hosted him and a small group of Catholic leaders to lunch, so that I could understand better the issues that concern the Catholic community in Singapore. I also visited the Archbishop in hospital when he unfortunately fractured his leg last August. There was no publicity or fanfare for these meetings. The Archbishop knows that any time he needs to discuss any sensitive issue with me, he can see me in private. Likewise, I would have no hesitation to share my concerns honestly and openly with him if I felt the need to do so.

3. Sir, it was in this spirit that I asked to meet Archbishop Nicholas Chia on 30 May 2012 together with the Chairman of the Presidential Council for Religious Harmony (PCRH), Mr Goh Joon Seng. I wanted to understand better the context to the Archbishop’s letter to the organisers of an organisation which calls itself F8, which was going to stage a political event scheduled for 2 Jun at Speakers’ Corner. I was anxious to avoid any misunderstanding between the Government and the Catholic Church. When we met, I explained my concerns to Archbishop Chia. The Archbishop stated very clearly that the Catholic Church has always maintained the position that it does not wish to be involved in political activities, and that the Church wants to work closely with the Government and does not wish to set itself on a collision path with the Government.

4. I was greatly reassured by the Archbishop’s comments, as they were consistent with his record of service throughout his 11-year tenure as leader of the Catholic Church in Singapore. He has consistently shown that he values religious harmony and appreciates the importance of separating religion from politics in our local context.

He has also worked hard to forge inter-religious understanding and harmony, reflecting his strong belief in this fundamental basis of our social harmony.

6. Sir, those who know well Archbishop Chia, the type of person he is, and his contributions to Singapore over the decades, will certainly know that he is not one who would endanger social harmony in Singapore. The position he took, in withdrawing the letter, was consistent with his words and deeds throughout his leadership of the Catholic Church and as a respected religious leader in Singapore.

7. Mr Goh Joon Seng, who was at the meeting in his capacity as Chairman of the Presidential Council for Religious Harmony, is a retired Supreme Court judge who knows the Archbishop professionally and personally. They have served together on the Presidential Council for Religious Harmony for the 10 years, and have been friends, I’m told, for some 50 years. Mr Goh is a Catholic himself, and he knew that it was not in character for Archbishop Chia to do anything that would entangle the Church in politics.

8. Although I may not know the Archbishop as well as Mr Goh, I have had interactions with him on several occasions. Through my conversations with the Archbishop, we have established mutual understanding and share the desire to respect the religious beliefs of the various communities in Singapore while upholding the wider interest of all Singaporeans and of Singapore.

The Minister states that the purpose of the meeting was for him to understand the context of the Archbishop's letter to Function 8.  So, the Minister had known about this private letter sent by the Archbishop to Function 8 before he arranged for the meeting.  If he had known about it, was his Ministry or the ISD in the first place conducting surveillance on Function 8?  If there was surveillance conducted on the activities of a civil society group, on what basis was such surveillance conducted?  What national security threat did Function 8 pose?  If the threat was merely one of political embarrassment for the ruling party, on what basis is the resources of the security services deployed for such purposes?

If this happened in the British House of Commons someone would have pounced on the Minister and asked when and how he came to know about the letter.

Sadly, none of the opposition MPs were up to it. So far the questions they have asked were frivolous and inconsequential.

Your point is valid. The ability of our opposition politicians to engage in effective debate is still lacking. They are good at making prepared speeches. But, they either don't pounce on issues or back away from issues. Sylvia displays some ability to be a dogged questioner. But, consistency is an issue.

The man who used to pounce rather readily on Ministerial boo boos was discredited, hounded out of Parliament and is now no longer with us.

It's not my first time to go to see this web site, i am visiting this web
page dailly and get nice data from here every day.

Hi! I've been following your site for a while now and finally
got the bravery to go ahead and give you a shout out from
Houston Tx! Just wanted to say keep up the fantastic job!