Race: In the words of Harry

In the wake of extensive online discussion of racist remarks, racial stereotypes and racial intolerance, I thought that it would be useful to highlight the perspective of our first Prime Minister on the issue of race.


"It is in part the difference between the more intense and exacting Sinic cultures of East Asia and the less demanding values of Hindu culture of South and South-east Asia, that accounts for the difference in industrial progress between Eastern and Southern Asia. The softer and more benign Hindu civilisation spread through Burma, Thailand, Laos and Cambodia, meeting the Sinic civilisation on the borders of Vietnam.... Gunnar Myrdal, in his "Asian Drama" voluminously sets out the reasons for lower achievements amongst these peoples [of South and South-cast Asia]. He terms them "soft societies." Their expectations and desire for achievement are lower. Had he studied the Sinic civilisations of East Asia - Korea, Japan, China and Vietnam - he would have come to the opposite conclusions, that these were hard societies."
on the differences between the Malays and the Chinese in Malaysia: "One is the product of a civilisation which has gone through all its ups and downs, of floods and famine and pestilence, breeding a people with very intense culture, with a belief in high performance in sustained effort, in thrift and industry. And the other people. more fortunately endowed by nature, with warm sunshine and bananas and coconuts, and therefore not with the same need to strive so hard. Now, these two societies really move at two different speeds. It's like the difference between a high- revolution engine and a low-revolution engine. I'm not saying that one is better or less good than the other.
But I'm just stating a fact that one was the product of another environment another history, another civilisation, and the other is a product of another different climate, different history." 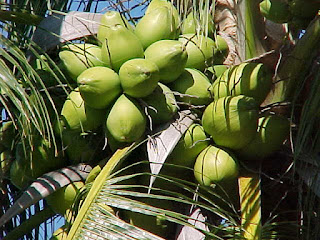 "Three women were brought to the Singapore General Hospital, each in the same condition and needing a blood transfusion. The first, a Southeast Asian was given the transfusion but died a few hours later. The second, a South Asian was also given a transfusion but died a few days later. The third, an East Asian, was given a transfusion and survived. That is the X factor in development."
"...these were not cultures which created societies capable of intense discipline, concentrated effort over sustained periods. Climate, the effects of relatively abundant society and the tropical conditions produced a people largely extrovert, easy-going and leisurely. They've got their wars, they have their periods of greatness when the Hindus came in the 7th and again in the l2th centuries in the Majapahit and the Srivijaya empires. But in between the ruins of Borobudur and what you have of Indonesia today, you see a people primarily self-indulgent."
"There is only one other civilization near the Equator that ever produced anything worthy of its name. That was the Yucatan peninsular of South America - the Mayan Civilization. There is no other place where human beings were able to surmount the problems of a soporific equatorial climate. You can go along the Equator or 2 degrees north of it, and they all sleep after half past two if they have had a good meal. They do! Otherwise they must die earlier. It is only in Singapore that they don't. And there were good reasons for this. First, good glands, and second, good purpose." 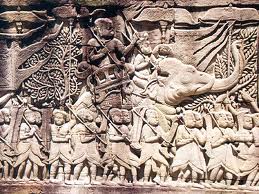 "In the older generations, economies and culture settled it. The pattern of procreation was settled by economics and culture. The richer you are, the more successful you are, the more wives you have, the more children you have. That's the way it was settled. I am the son of a successful chap. I myself am successful, so I marry young and I marry more wives and I have more children. You read Hong Lou Meng, A Dream of the Red Chamber, or you read Jin Ping Mei, and you'll find Chinese society in the 16th, 17th century described. So the successful merchant or the mandarin, he gets the pick of all the rich men's daughters and the prettiest village girls and has probably five, six, seven, eight, nine, ten different wives and concubines and many children. And the poor labourer who's dumb and slow, he's neutered. It's like the lion or the stag that's outside the flock. He has no harems, so he does not pass his genes down. So, in that way, a smarter population emerges." 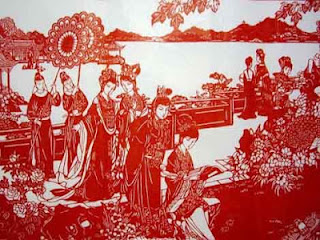 All of the above quotes are taken from the following article entitled: "Lee Kuan Yew: Race, Culture and Genes" by Michael Barr of the University of Queensland.
http://unpan1.un.org/intradoc/groups/public/documents/APCITY/UNPAN004070.pdf

The perspectives present themselves as not merely prejudices born out of ignorance.  They are couched as anthropologically sound and logically provable.  If these views were expressed by you and I (or Amy Cheong), what would have happened to us?

And on a separate note, to what extent has the metanarrative of our society been influenced by these views?

The man was/is a lawyer and politician. He was never a philosopher nor anthropologist. His pontifications (especially on eugenics which you didn't quote) should be treated with the contempt and ridicule they deserve.

To the anon>. All of us benefitted from his pragmatic approach to life and decisions made, why can't we be gracious enough to acknowledge and accept that? He was not asked to be a philosopher to lead us through those dark days, he wasn't asked to be stainless like a preacher leading a congregation. We are dammed lucky we have him and that bunch of men to get us through then to where we are now.

Few will deny that the man was a great leader of a country who brought us to where we are in economic terms.

The article is about his views on culture and civilisation and his hubristic pontifications.