Can SGX be subject to judicial review? 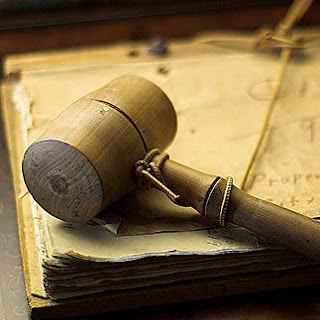 There is a case that is presently in court over the question of whether the High Court can exercise judicial review over the decisions of the SGX.

This is an interesting legal problem that has not been addressed yet in Singapore and I am hopeful that the Court would come to the conclusion that SGX is performing a 'public function' even though it is not a public body and hence it ought to be subject to judicial review. This is the outcome of a similar litigation in the UK involving the powers of the Panel on Takeovers and Mergers. In the cases of R v Panel on Take-overs and Mergers, ex parte Datafin plc and another, the English Court of Appeal came to the conclusion that the Panel was performing a public function and therefore subject to judicial review by the courts.
Sir John Donaldson MR made the following observation about the Panel:


"It has no statutory, prerogative or common law powers and it is not in contractual relationship with the financial market or with those who deal in that market.

Lacking any authority de jure, it exercises immense power de facto by devising, promulgating, amending and interpreting the City Code on Take-overs and Mergers, by waiving or modifying the application of the code in particular circumstances, by investigating and reporting on alleged breaches of the code and by the application or threat of sanctions. These sanctions are no less effective because they are applied indirectly and lack a legally enforceable base."

The Court of Appeal in that case went on to conclude that the Panel was fulfilling a regulatory function that would have otherwise been fulfilled by the state. The fact that it was a wholly private entity did not prevent the Court from exercising its judicial review powers over the Panel.

It would be interesting to see how our Courts would deal with the SGX. It is strongly arguable that SGX's regulatory functions place it within the ambit of a body that is subject to judicial review by the courts.

Is it a public body issuing reprimands or a private club?

[SINGAPORE] Is the Singapore Exchange (SGX) a public body exercising a public function when reprimanding companies and their directors? Or is it a private club, dealing with its members?

The question was hotly debated yesterday after a former independent director (ID) of China Sky Chemical Fibre sought to have a public reprimand from SGX overturned by the court.

SGX is "not a creature of statute" and its relationship with listed companies is a contractual one, said Davinder Singh, chief executive officer of Drew & Napier LLC, who represented the Exchange.

Its power to reprimand companies or directors is not subject to judicial review since it is rooted in private law, he added.

The two Senior Counsels locked horns on the grey area of SGX's dual commercial and regulatory roles yesterday in court in an unprecedented lawsuit brought by a former director of a listed company against SGX.

Yeap Wai Kong, former ID of China Sky, wants to overturn a public reprimand from SGX through a quashing order from the court. The company and its directors were publicly rapped on Dec 16 after the group's failure to comply with SGX's directive to appoint a special auditor.

SGX's hybrid nature has long been a source of market debate but the lawsuit has probably brought the discussion on the source of its powers in court for the first time.

Representing SGX, Mr Singh stressed that SGX's position is different from that of the Monetary Authority of Singapore (MAS), which is a statutory body that regulates the securities market and SGX itself.

Under Singapore's "unique framework", companies that seek to be admitted into the official list enter a "consensual submission" to abide by SGX listing rules.

SGX's power to reprimand arises because "the Company and the Applicant (Mr Yeap) both agreed to be bound by the Listing Rules, thereby consensually submitting to the Exchange's power under Listing Rule 720(4) to issue the Reprimand", Mr Singh said in his written submissions for SGX.

"Like any other private club, the Exchange has rules governing the conduct of its members, and seeks to ensure compliance with its rules. This does not lead to the conclusion that the Exchange was exercising a public function in issuing the reprimand."

Companies are obliged to abide by SGX rules and they can say "no" to any SGX directive only through the Board, he added. Mr Singh pointed out that announcements by China Sky rejecting SGX's directive were issued "by order of the Board" and there was no evidence that Mr Yeap had disagreed with them.

"Distinction between the Board and its directors is an artificial one," he said. "To say that there is a need for notices to be issued to individual directors is a weak point".

Judicial review is a review of the manner in which a body makes a decision. In a judicial review, the court is concerned not with the merits of a decision but the process by which that decision has been made.

Representing Mr Yeap, Mr Tan argued that since the court has already decided that it has jurisdiction to hear this case, the decisions made by SGX are susceptible to judicial review.

"A hybrid body like SGX that discharges a public function is under the obligation to act judicially or fairly," he said, adding that SGX did not give Mr Yeap an opportunity to be heard before issuing a public reprimand on him, hence breaching natural rules of justice.

"I can find no piece of correspondence or a phone call from a SGX representative to the applicant to say that it is issuing a public reprimand to him and 'please explain yourself'," Mr Tan argued.

Neither was there a show-cause letter to Mr Yeap, similar to the ones issued to China Sky and another independent director at that time, Lai Seng Kwoon.

Mr Singh argued, however, that a show-cause letter was issued separately to Mr Lai because he was asked to explain his personal role in the interested person transactions with China Sky and his potential conflict of interest as chairman of the audit committee.

SGX had in January applied to the court to compel China Sky to comply with its directives, but executed a sudden withdrawal of its court application within two weeks without any reasons given.

"I find it strange that the respondent (SGX) is not pressing the company now to appoint auditors but is allowing the public reprimand to stand," Mr Tan said.

Mr Yeap was appointed to China Sky's Board in May last year before quitting on Jan 12 with two other IDs, Er Kwong Wah and Mr Lai, citing the company's non-compliance with SGX's order.

The Commercial Affairs Department is now probing Fujian-based fibre maker for possible breaches of securities laws after a number of irregularities were flagged by SGX.

MAS has also sought a court order to freeze the assets in Singapore belonging to the former chief executive of China Sky, Huang Zhong Xuan.

SGX as a club and does not have regulatory power? Really? It is amazing how SGX and their lawyers can come up with their arguments. I think SGX cannot have their cake and eat it and it would be disappointing if they can get away with that kind of arguments.

It's perfect time to make some plans for the longer term and it's time to
be happy. I have read this put up and if I may just I desire to suggest you few
interesting things or advice. Perhaps you can write next articles
regarding this article. I want to read more issues about it!


Take a look at my weblog; Flappy Bird Hack

Acne Vulgaris occurs if there is excessive androgen production.

abudant androgen causes hyperdrive of the sebaceous glands.
This can also be caused by external beauty
things being used. Exposure of the body to harmful chemicals
can too lead to Acne Vulgaris. This could be prevented by being careful in
your eating and body. In foods, you should consume low glycemic foods.
Also lots of roots and vegetables would help control of Acne
Vulgaris by take care of the chemical equation into the body.

Wash the eruptions with medium quality skin wash and medium water if you arrive from outside or do exercise or have excessive oiling on the
facial area. Till possible try to postpone solutions since many of the
latest cures are likely to cause side effects.

The German scholar Martin Noth accepts that Moses may have had
some connection with the preparations for the conquest of Canaan and recognizes a historical core "beneath"
the Exodus and Sinai traditions. A hammock mounted between the
support posts of the arbor or pergola would provide an opportunity for a chance to lie back a catch a few extra winks
at any time of day or night. By 2007, nearly a billion people
around the world were thought to participate in various Earth Day activities at
colleges, universities, schools, libraries, museums, and parks.

I have been surfing online more than three hours today, yet I never found any interesting article like yours.
It's pretty worth enough for me. In my view, if all site owners and bloggers made
good content as you did, the web will be much more useful than ever
before.

Have a look at my blog post :: advice on medical negligence

I every time used to study post in news papers but now as I am a user of internet therefore from now I am using net for articles, thanks
to web.

Check out my website online home based business opportunities ()

These benefits doesn't just make finding great furniture
easier, and definitely will also allow it to be faster.
Step 4 – Make sure and tilt the wicker chair or piece
with an angle by leaning itt against something to ensure that all the water can drain away.
I wished tto take a moment and let Coleman Furniture understand the Outstanding ssupport I have received
out oof youur organization.

VIDEO: Fake showing of a "fan" going Bald for Bieber.

'locking down Word - Press' or 'hardening Word - Press', along with best practices for general website protection:.
It makes you capable of measuring the efficiency and return on investment of your
marketing campaigns.