The Houngang by-election case - The decision to grant leave 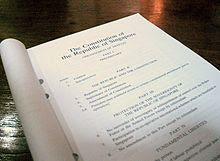 Justice Philip Pillai has given his written reasons for the decision to grant leave for judicial review in the case of Vellama d/o Marie Muthu v AG.

Having read the court's reasoning, what I can gather is that the judge has stated that he is satisfied that the 'low threshold' for granting leave has been crossed. Exactly why the Court is satisfied as such is not stated (or at least I can't find it.

In his conclusion, the judge states:

"Based on what was presented and submitted to me for the purposes of the leave application, without making any comment or decision on the merits or the substantive legal issues, I granted leave for a judicial review hearing as I was of the view that the very low threshold for leave has been met."

I suspect that this might be a problem during the appeal. What was the judge's reason for coming to the 'view that the very low threshold for leave has been met?

Paragraphs 1 to 3 of the decision set out the orders sought by Applicant (Ms Vellama) and the fact that the Court granted leave for judicial review on 2nd April 2012.

Paragraphs 4 to 8 set out the factual background to the application.

Paragraphs 9 to 13 set out the law relating to the threshold to be crossed for the granting of leave for judicial review. The law here is uncontroversial and it is as follows:
(i) the matter complained of is susceptible to judicial review;
(ii) the applicant has sufficient interest in the matter; and
(iii) the material before the court discloses an arguable or prima facie case of reasonable suspicion in favour of granting leave.

Points No.(i) and (ii) were not disputed. The issue before the court was, therefore, whether there's a "prima facie case of reasonable suspicion"

Paragraphs 14 to 16 deal with the relationship between Order 53 and Order 15 Rule 16. This relates to the question of whether leave for judicial review is required for declaratory orders (as opposed to mandatory orders for which leave is clearly required). (A declaratory order is one that is in the form of a clarification of the legal position without ordering any government body to do anything. A mandatory order requires the government body to comply with the court's direction to carry out a particular act.)

The discussion in these paragraphs did not relate to the issue of whether there was a "prima facie case of reasonable suspicion." It was more on the question of whether leave was required in the first place for the declaratory orders.

Paragraphs 19 to 23 involve a narration by the judge of the arguments put forward by the respective lawyers on the mandatory order sought by the applicant. The judge did not express his opinion on these arguments.

Paragraphs 24 to 27 involve a narration of the arguments by the parties on the declarations requested by the applicant. The judge states the following:


"Counsel for the applicant earlier informed the AG’s counsel and the court that he would if necessary immediately apply under O 15 r 16 for the First and Second Declarations to be considered as standalone declarations for which the leave of court is not required. In light of this, the question of whether the quite separate requirements for standalone declarations have been
met would have to be determined at a substantive hearing, which this O 53 leave hearing is not."

The judge therefore appears to have taken the view that the issue of leave requirement for the declaratory orders did not need to be addressed.

Finally, at paragraph 29, the Judge concludes:

"Based on what was presented and submitted to me for the purposes of the leave application, without making any comment or decision on the merits or the substantive legal issues, I granted leave for a judicial review hearing as I was of the view that the very low threshold for leave has been met."

I am unable to ascertain from the decision the specific reason that led to his assessment that the "low threshold for leave has been met" apart from his assertion that the threshold has been met (Unless, one is to assume that he accepted the arguments put forward by the Counsel for the appellant and that constituted his reason for stating that the low threshold had been met.)

I hope that the Court of Appeal does not find this problematic. To be fair, the judge has no duty to examine the substantive merits of the application. But, I would have expected that something was stated as to why he made the finding that the threshold had been met.
Posted by Subra at 3:30 am

I also find the judgement lacking in reasoning. I believe this is deliberate to leave the door wide open for the other judge hearing the appeal to make his decision without contradicting Pillai. All to save face while trying to remain credible and be seen independent of the executive branch of the government. All wayang to me.

As Dr Martin Luther King Jr said: "There are two types of law: Just and unjust".

Singaporeans deserve the kind of government we have.

We are the ones who voted in (A) one party to overwhelmingly dominate the Parliament and (B) all MPs of that party are obliged by party Whip to vote on party line to pass even unjust laws.

Even after the last 2 decades, 60% Singaporeans continue to vote for PAP in GE 2011.

This 60% lot still cannot "see" that the PAP is no longer the 1G PAP ... we don't have the likes of Goh Keng Swee, Toh Chin Chye, Hon Sui Sen, etc, who got into Govt TO SERVE THE PEOPLE.