The New Normal: Celebrating a New Media victory (or 'Why We don't need your COC') 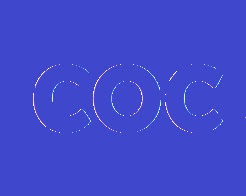 Exactly one year ago, we were in the midst of one of the fiercest and most intensely fought out general elections in the history of our nation (post independance). There was much drama and passion; Grand and inspiring speeches by the likes of Vincent Vijeysinha; Rising chorus of anger amongst the voting public; Open display of disdain for PAP candidates (in a country that was often driven by fear of political reprisal, whether real or imagined).

There were particular moments during the campaign period when we felt that public opinion may be swinging so wildly against the PAP that Aljunied, Holland-Bukit Timah and Bishan-Toa Payoh might fall. Marine Parade was not looking very safe for the PAP nor was East Coast. These are GRCs. In the past, GRCs were the safe zones for the PAP and the opposition struggled to make a dent. In 2011, the opposition parties contested nearly all the seats and gave to the electorate an important gift: the ability to vote in the general elections. For many, it was the first time that they had a chance to vote. The opposition parties benefited from a more credible slate of candidates. The level of resentment against the PAP's policies had led to candidates with sound credentials coming forward to take up the cause of providing an alternative voice in Parliament.

Above all else, I believe the crucial development in the 2011 elections was the disappearance of fear from the minds of many voters. Perhaps, not surprisingly, this translated into a corresponding fear in the minds of the PAP candidates. The high and mighty and infallible PAP was reduced to issuing a public apology. On 3rd May 2011, at Boat Quay, we witnessed the vulnerability of the PAP and the true power of the ballot.

An important battle in the 2011 elections was fought online. It was not a straightforward battle between the PAP and the Opposition Parties. Much of the battle was waged by bloggers, websites such as The Online Citizen and Temasek Review, citizens posting on forum pages and Facebook users doing no more than clicking and sharing. The irreverance was infectious and it was curing many of the disease of fear. The online battles were crucial in averting serious damage for the opposition and in inflicting damage on the PAP. Singaporeans have grown accustomed to the reality that the mainstream media is the mouthpiece of the ruling party. Alternative sources of information were becoming more relevant to the assessment of issues thrown up during the elections. Quite tellingly, thanks to keyboard warriors, it became difficult to tarnish or trivialise opposition candidates and their policy positions.

Since it is now a year after that historic election campaign, I thought it would be good to reflect on one such online battle. During the campaign, Vivian Balakrishnan said the SDP was suppressing a video on youtube that raised "some very awkward questions about the agenda and motivations of the SDP and its candidates." He stated: "I can't help feeling that part of the reason for their (SDP) reticence is they have elements of their agenda they are not prepared to disclose and subject to scrutiny. Eventually, they will have to come out of the closet."

The phrase, "coming out of the closet" is often used in the context of a person coming forward to openly declare his sexual orientation. As it transpired, the video being referred to was one involving a speech by lawyer M Ravi. Vincent Wijeysingha of the SDP can be seen briefly in the video asking some questions. Vivian Balakrishnan's allusion was to a potential gay agenda on the part of the SDP. The perception amongst many netizens was that there was an attempt to tarnish the image of Vincent Wijeysingha by emphasizing that he is gay. A New Paper issue ran the headline: "Is Singapore ready for a Gay MP?"

The online backlash was consistent, virulent and mono-directional (against the PAP). Voters had too many fundamental concerns that needed to be addressed and netizens reflected this by displaying impatience with an attempted smear campaign against the SDP candidate. On April 28, Vivian Balakrishnan told the press that there is no need to discuss the video further.

The election campaign was marked by many instances of campaign issues being subjected to close scrutiny online. I wouldn't be overstating the case if I were to say that the 2011 General Elections was heavilly influenced by online discussion.

Today, we are engaged in discussion (initiated by the government) about a Code of Conduct for the internet. Given the fact that our laws relating to sedition, contempt of court, criminal and civil defamation and incitement to religious hatred are more than adequate to deal with some of the reasons stated for a Code of Conduct by Dr Yacoob, one can only arrive at the conclusion that the real issue for the PAP leaders is the control of information that is available online. PAP no longer enjoys a monopoly on information. The diversity of views expressed online (often in the form of intellectually sharp analysis) gives the people a very real opportunity to assess the truth for themselves. The days of an officially constructed reality are over.

Do we need a COC? No. In all likelihood this move is initiated as an attempt at information management. If that is indeed the motivation, then our leaders have not understood a key driving force behind the 'new normal'. So, here is some free advice: We don't want to be told. We want to make up our own minds.
Posted by Subra at 3:51 am

You are too kind.
It's information CONTROL.

Cyber warriors should now be sharpening their tools to do battle. And beware of the many moles in our midst.

They stand out by their divisive and poorly disguised writing and arguments.

perhaps they should be allowed to go beyond talking CoC, so they can experience the consequences. everyone knows what happens when you seal a boiling pot and the steam has nowhere to escape. and the pot is definitely bubbling away.

people's feelings are being stoked by every almost-daily train breakdown, every price rise, every absurd annct such as being able to buy a $100k flat with a hh income of $1k. throw in the current hot weather...

They know they lost the cyber war in GE2011, which led directly to their dismal electoral victory, with their first-ever loss of a GRC and the worst-ever overall result since independence.

They know too that if this goes on things are going to get from bad to worse for them in future elections. So this C-of-C is the best that they can come up with to muzzle dissenting netizens' voices before the situation becomes unsalvageable.

I predict that they will fail miserably in the attempt and in failing they stand to lose even more future votes from those who see this move for what it is.