Why is the PAP anxious to keep national issues out of the Hougang by-election? 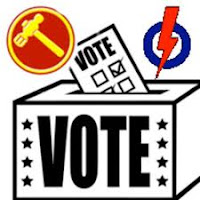 For starters, let us not kid ourselves. WP is going to win in Hougang. This is an opposition stronghold and I am sure the PAP leadership and their candidate for Hougang, Desmond Choo, are under no illusions as to the outcome on 26th May 2012. The Hougang constituency has gone to the Workers' Party since 1991 and the election statistics are as follows:

The demographic change between the last General Elections and this by-election is going to be miniscule and unlikely to have any impact on the voting pattern. There is no reason to believe that voters that went for WP last year would change their minds. There is not much that has changed in the national socio-political arena to suggest that significant change could take place in the voting pattern. There is no doubt that the PAP will put up a fight. But, they would be fully prepared for defeat on 26th May.

So, why are they keen to make this out to be an election about 'local' issues and not 'national'. (Incidentally, I don't buy into that 'local' v 'national' dichotomy. This is a false dichotomy in a country like ours where the 'national' morphs into, overlaps with and is indistinguishable from the 'local' in many instances.) I suspect that the PAP is worried about the prospect of a further swing towards the WP. Even a marginal 2 to 3% increase for WP can be interpreted as growing voter disapproval of the PAP government's performance in the last year. Though it is not fair to consider the Hougang outcome (whichever way the swing of votes goes) as a referrendum on PAP's policies, it is inevitable that WP MPs will attempt to paint the by-election as a referrendum in order to push the PAP on certain policies. For instance, transportation could be made into a major issue during this by-election and if there is a vote increase in WP's favour, WP would use that a leverage in its Parliamentary arguments on that issue.

I am pretty sure that the PAP does not want to be pushed into decision making on policy matters on the basis of the outcome in a by-election. It is therefore anxious to paint this election as one that concerns itself with constituency representation and about effectively taking care of Hougang residents. A by-election as a referrendum is clearly not in the PAP's best interest.
Posted by Subra at 8:55 pm

I am confused. We had ministers defending the fare hikes of private companies which are public transport companies, to the extent that I thought the ministers themselves are the directors of those companies.

In Singapore, GLCs are private and public services like utilities are privatized. Retired public servants and military officers are appointed or hired as directors of the private companies. It is one big incestuous family.

We have always been told to vote for the right person so that his party can govern the country, implement the right national policies and now conveniently we are told this is a local election. Previously they dangle national carrots like PCF kindergartens and upgrading. I am confused.

This article gives the light in which we can observe the reality. This is very nice one and gives indepth information. Thanks for this nice article.