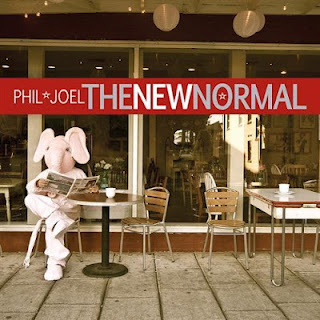 One of the more fascinating developments that has taken place after the last General Elections in May 2011 is that more and more people are coming forward to express their personal views publicly and in doing so more of them are willing to express views that may not be in keeping with the official policy line of the ruling PAP.

Whilst bloggers on the internet had already been gradually hacking away at the state's narrative for some years now, it has always been the case that academics and public figures from the mainstream would at most make rather muted comments about the status quo. Of course, we had academics like Prof Thio Li Ann (Nominated MP) who was pretty vocal during her term in Parliament on a number of legal and Constitutional issues. But, I can't help but notice that after the 2011 GE, more academics and establishment figures have come forward to express their views publicly on legal/constitutional/policy issues.

Much has been made of the so-called 'new normal'. Many Singaporeans cast away their fear at the ballot box last year. Many more were willing to show their disagreement at the Presidential Election as well (resulting in an 'unpopularly' elected President). The fear that a large segment of the population chose to jettison at the elections was a powerful signal indeed. That must have surely emboldened many public figures to come forward and express their personal disagreements with the official policy position.

Amongst the figures coming forward to set out a differing viewpoint (and sometimes in a critical fashion as well) are:
1. SMU Prof Kevin Tan (in relation to the Hougang by-election issue, he locked horns with PAP MP and Senior Counsel Hri Kumar)
2. Prof Lim Chong Yah of NTU (he made a somewhat radical proposal to introduce a form of shock therapy to address the problem of income equality)
3. Prof Tommy Koh (Ambassador at Large) - (acknowledging that Singapore's large scale import of low-skilled labour is depressing wages here)
4. Yeoh Lam Kheong (Institute of Policy Studies Senior Adjunct Fellow) and Kishore Mahbubani (LKY School of Public Policy Dean) have spoken in similar vein about the importation of low-skilled labour.

It is good to see that well-reasoned dissenting voices are surfacing more and more. This bodes well in the next phase of our nation's development. As we engage more openly in debate and consider and reconsider policy position more rigourously, we stand to benefit as a nation. It may not work out too well for the PAP as more reasoned dissent from the established views will undermine the PAP's stranglehold on information. But, we must be under no illusions that the nation is more important than a political party. Our country needs this type of open intellectual debate on policy matters.

So, as we 'celebrate' the 1st anniversary of the 'new normal', we have good reason to believe that the soul of our nation is gradually heading in the right direction. The most important thing about this development is that it is people-driven and not fed to the people by the state. Let the ideas flow from the many good minds that we have in our midst and let us recreate our soul.
Posted by Subra at 5:12 am

One by one, the once loyal supporters of the establishment seem to recognize that the days of the old man is numbered, and the best way to redeem themselves and to reduce the backlash of the public is to speak out before the old man passed away. In this way, they hope to leave a good name for themselves just like ex-president Ong Teng Cheong.
How is it that more and more PAP unknown now coming out suddenly,putting their jobs and reputation to speak out. Did they know of what we did not know of the old man's condition ?

Your blog is also one of many voices contributing to the awakening of a nation. Keep up the great work!

Agree that reasoned voices (whether consenting or dissenting) are crucial to meaningful public discourse.

Let's listen to "WHAT" is being said - even from the noisy chatter, even when it is virulent, one can sieve out the kernel of truth ... if one keeps an open mind.

Many of us attach too much importance to "WHO" is saying it. Or "HOW" it is being said.

The message or the messenger or the amplifier - which matters?

Let's hope we don't imbibe the very same elitism that the Pay And Profit (PAP) are so hung up on.

Thanks for a wonderful share. Your article has proved your hard work and experience you have got in this field. Brilliant .i love it reading.